One of the stylist and heavy line up always belonged to Royal Challengers Bangalore team. This team has Virat Kohli and Ab De Villiers in the batting line up which makes it a powerful team. Despite having all the right things on paper, the team has not been able to win a single IPL trophy till now. The RCB team has a huge fan following as they have some of the most genuine fans with them. Despite their not so good performances in the past, their fans still love the the same. We have seen the RCB team 2020 squad after the latest auction and it looks good. They have bought Aaron Finch, Morris, Steyn and Richardson among the others in latest auction. The RCB 2020 player list looks good after their addition. They have also reduced some squad and you will miss these RCB players name. This season of Indian Premier League should be a bit different than the past, that’s what their fans are hoping. Under the captaincy of Virat Kohli, the fan following of the team is not going to reduce anytime soon. RCB team 2020 player list is quite interesting as you can see.

The team of Bangalore has much firepower as they have some of the finest strikers of the ball. The batting line up would look strong after the addition of Aaron Finch to the RCB 2020 team list. The auctions were held in December this year and it was a tough call for the team to choose their favorite player within their limited budget. The total purse amount was 27.90 Crore and they used it pretty well. They have spent 21.50 Crore and made a good number of purchase. The total number of players in RCB 2020 team squad are 21. They have not kept many players in their team as reserve.

Some of the retained cricketers in the RCB team 2020 player list are Virat Kohli, Moeen Ali, Ab de Villiers, Parthiv Patel etc. The captain of the team is Virat Kohli and he plays pretty well in IPL. The maximum RCB player salary is given to Chris Morris and he is offered 10 Crore Rs. The bowling line up strengthens after the inclusion of Dale Steyn in Royal Challengers Balgalore team. Let us have a look at the complete list of Royal Challengers Balgalore players 2020.

M Chinnaswamy Stadium is home stadium of the team and it is situated in Bangalore city. We would enjoy every match of the team, be it away or at home. The RCB 2020 player list is shared above with their latest salary. 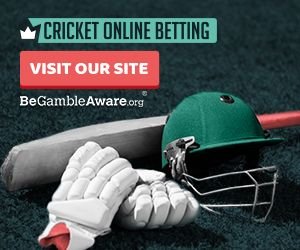